Companies and candidates connect with ease 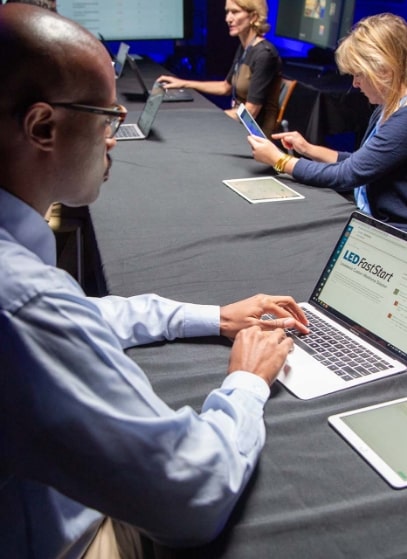 No need to fight traffic, find a place to park, or navigate through a crowd.

Virtual career fairs offer an easier way for jobseekers to connect with potential employers. LED FastStart has assisted dozens of companies with the virtual events, which originated as a necessity during the COVID-19 pandemic.

Seven tech companies joined together in February to create a one-stop-shop career fair. The seven participants were: CDIT (Slidell), CGI (Lafayette), DXC Technology (New Orleans), GDIT (Bossier City), IBM (Baton Rouge, Monroe), Levelset (New Orleans) and L3 Harris Technologies (Lafayette). Jobseekers pre-registered to explore details about the companies and what they were looking for. During the event, candidates could jump from one virtual booth to another to visit with representatives of each company.

Louisiana has created more than 20,000 new technology jobs in the past decade, a number sure to grow with help from the addition of virtual career fairs.

And tech and manufacturing companies aren’t alone in their pursuit of new employees through virtual career fairs. Fuji Vegetable Oil, a leading oils and fats producer in the food industry with a $70 million facility in Avondale, hosted a virtual job fair in March in search of production personnel and its next round of technical workers.